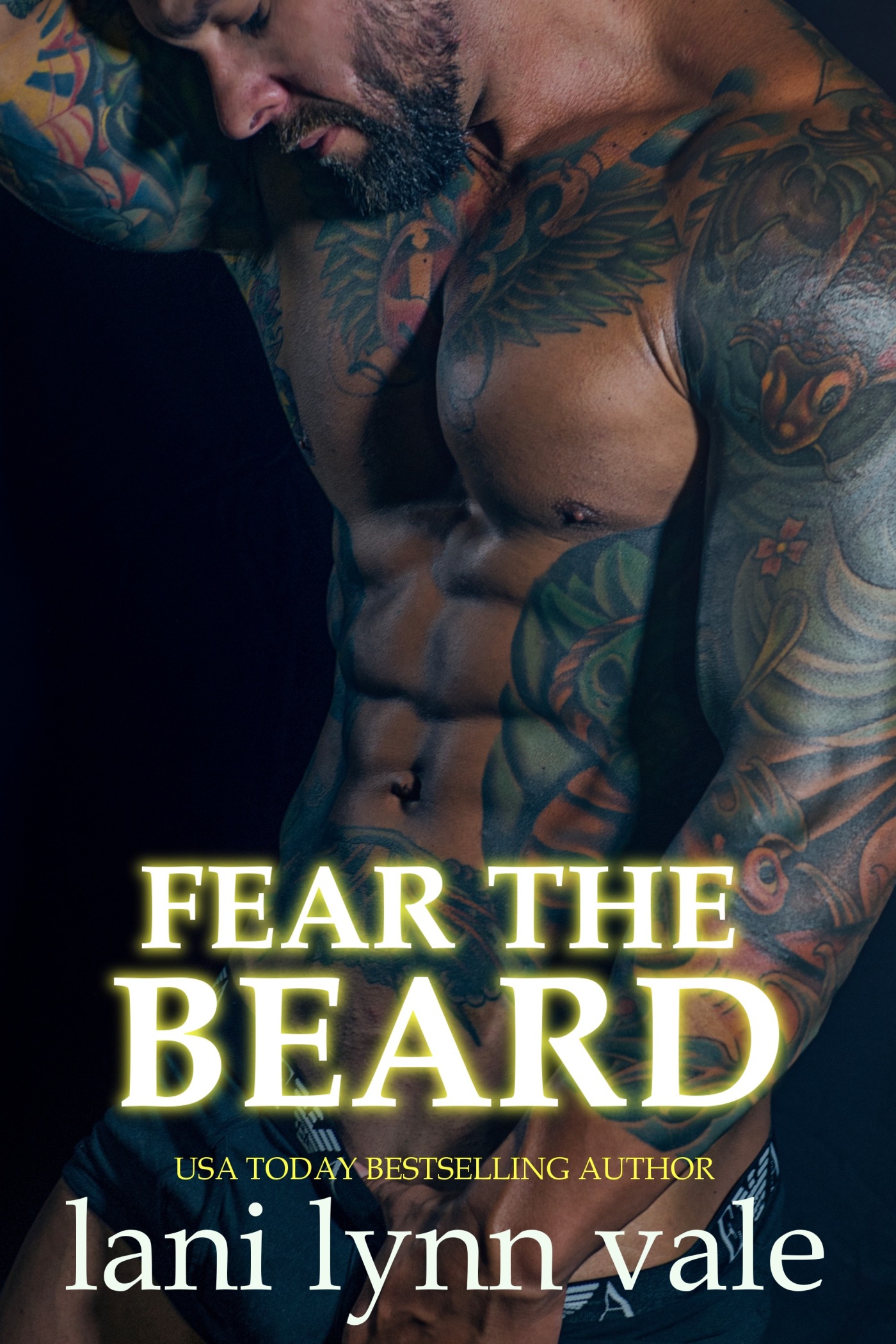 Tally is a twenty-year-old single mother struggling to finish nursing school. Has she made mistakes in life? Sure, but her daughter isn’t one of them. She works hard, she studies even harder, and she’s only a few weeks away from graduating.

She’s living her life the best she knows how when she witnesses a near miss motorcycle accident between a car and a biker. A biker that happens to be the most talked about teacher at her college.

The moment she meets those startling blue, narrowly-escaped-death eyes, she realizes quickly that life as she knows it has changed. No longer will she be content to let life pass her by, even if it puts everything she’s worked so hard for in jeopardy.

Tommy is a highly skilled doctor. A teacher. A veteran. A fully-patched member of The Dixie Wardens MC. He’s lonely, but also set in his ways. What will it take for this man to accept that he needs to make some changes in his life? Apparently, it’ll take a guy in a truck, who’s preoccupied with his phone rather than focused on the road, nearly plowing into him on his bike at seventy miles per hour. Oh, and a twenty-something year old nursing student witnessing the entire thing from only a few feet away.

It only takes a second, a single heartbeat in time, as he looks into her worry-filled eyes to realize that he’d give anything for a single night with her. He may lose his job in the process, but after that one incredible night turns into an amazing weekend, he knows it’s worth the risk for the promise of her forever.

Another hit from Lani Lynn Vale!

If you love a sexy doctor who is also a teacher, a biker and former military, then you’ll love this book!!

Tommy: Dr. Tomirkanivov aka Dr. Tommy aka Dr. Bones—is an ER doctor, a teacher, a biker, and a former Marine. When Tally crosses his path, he isn’t prepared for the feelings that she makes him feel, or how her daughter makes him feel.

Can he control himself to not make a stupid decision that will not only jeopardize his job but her education or will be cross the teacher/student line?

“Only one night,” she declared. “This is the one and only time we pursue this.” Yeah, right. But I’d agree with her if that was what she needed to hear. I’d set her straight later.

Tally: is a twenty—almost twenty-one—year-old single mom working forty hours a week and going to school full time. She loves her daughter Tallulah with her whole heart and is determined to finish school so she can give her daughter a good life. When life makes her cross paths with a mystery biker, she never realized how big of an impact it was going to make on her like. The biker ended up being Dr. Tomirkanivov aka Dr. Tommy aka Dr. Bones—and ER doctor and one of her teaches this semester.

What Tally doesn’t know is that her father and Tommy have a past history. Will she have to choose between the two or will they be able to work out this issues?

I loved Tommy and Tally’s story. There was less action in this book than some of Lani’s other books but I felt the story line made up for that. I love how both Tommy and Tally where trying their best to do what was right but sometimes emotions take over. So,Erie she you can’t help the connect you have with a person. Plus he way Tommy was with Tallulah, AMAZING!!!

One thing I love in Lani’s books are the quotes at the start of each chapter. Here are some of my favorite:

Don’t be sad, laundry. Nobody is doing me, either. -Tally’s secret thoughts

I would eat healthy, but tacos. -Every woman’s secret thoughts

Ghost: During his book, you learn a bit more about Ghost. Such as:

“He had some smoke inhalation damage to his throat and lungs a few years back.  Makes him sound rougher…though he looks like a tough son of a bitch.  The voice is just icing on the cake.”

“Ghost is Ghost.  He is more of a nomad, no real home.  I don’t think he’s ever settled here.  He’s living half a life, and I feel like maybe he’s in limbo, always waiting for the other shoe to drop.”

I leaned back in my chair, letting my pencil drop onto the couch beside me, and stared at him.

“What are you doing?”

He worked his jaw, his hand coming up to allow his fingers to scratch his beard.

He looked so freakin’ sexy, even doing innocuous things like touching his majestic beard.

It really was majestic…and longer than I remembered.

Was he growing it out? I wonder what it would feel like rubbing against the inside of my thighs?

“That look won’t get you anywhere right now,” he murmured.

I really shouldn’t be thinking about it.

I’d bitten my lip, but my eyes remained on his cock.

And the next thing I knew, there was a two hundred and thirty-pound man on top of me, pinning me to the couch.

I gasped, taken aback at the suddenness.

He used my gasp against me, slamming his mouth to mine as he thrust his tongue into my mouth.

I’d seen him eating M&M’s in class when I’d passed his classroom door on the way to my own.

I’d also been insanely jealous of that candy.

I wanted to melt in his mouth. I wanted to be the thing that he enjoyed the taste of.

He thrust his leg in between my thighs, and I parted them without hesitation before wrapping my arms around his shoulders and pulling him even closer to me.

I forgot what I was doing. I forgot where I was. I forgot everything, focusing only on the feel of his body on mine. The taste of his mouth. The smell of his skin.
In The Series:

Son of a Beard (The Dixie Wardens Rejects #3) 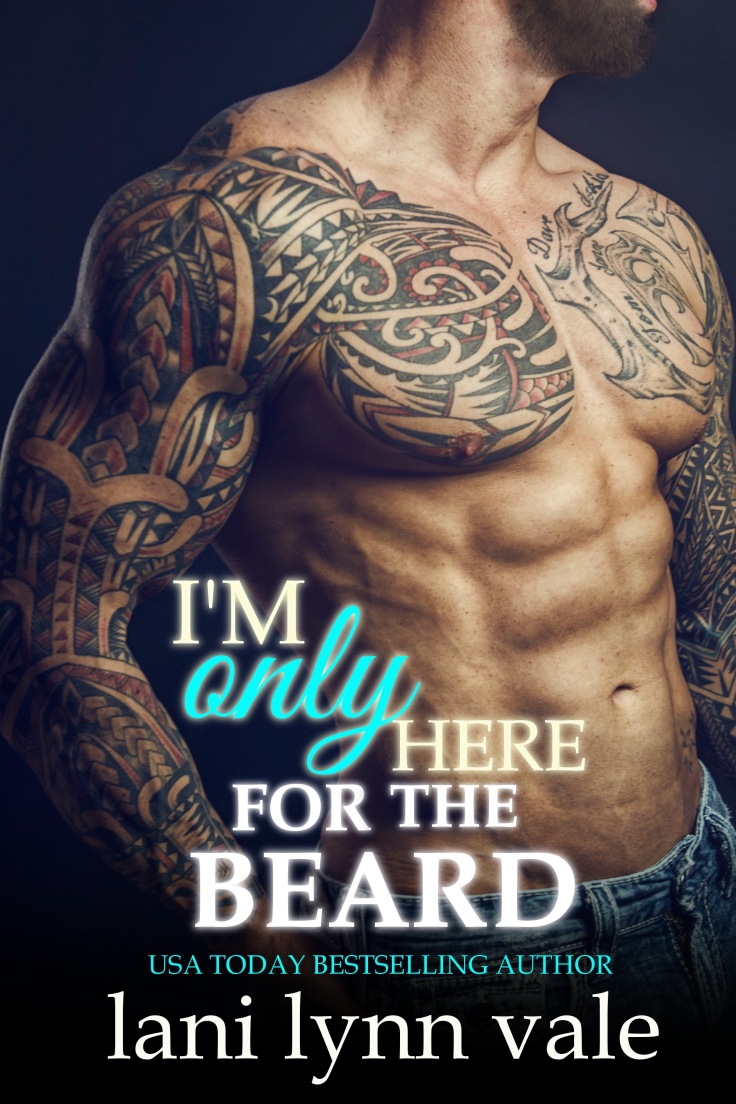 I’m a married mother of three. My kids are all under 5, so I can assure you that they are a handful. I’ve been with my paramedic husband now for ten years, and we’ve produced three offspring that are nothing like us. I live in the greatest state in the world, Texas.

3 thoughts on “Fear the Beard ”