Who knew sleeping with the enemy could be this fun?

Was the one night stand a good idea?

Well, no. Probably not in retrospect.

In my defense I had just moved back into my grandparent’s house, I’d lost my dream job, and a guy on Tinder had stood me up. It was like life had suddenly stamped ‘LOSER’ on my forehead.

So when the guy behind the bar started giving me THE look…you know, the one that promised I’d be screaming his name into the wee hours of the morning? When that guy also has the perfect amount of scruff on his chiseled chin, biceps bulging out of his t-shirt, and a cocky grin you knew he’d earned in the sack…when he gives you that look, you don’t bother to figure out what your six degrees of separation are. You jump on that horse and ride it!

Pun fully and completely intended. And accurate by the way.

I fully admit to feeling sorry for myself and acting impulsively, but by the time I’d figured out WHO the bartender was, I was already falling for him.

Who knew a bad boy could mend a broken heart?

What does a girl do after she discovers her fiancé is a cheating bastard?

In my case, I performed the ritual implosion of all scorned women. I drowned my sorrows in cases of white wine, wallowed in gallons of ice cream, and ignited a bonfire to burn away every damn remnant of his existence. Six months later, the only result was a permanent impression of my ass on the couch.

Adventure Dating my friends dared.
A new and exciting opportunity they said.

I thought they were crazy, but I’m not one to back down from a challenge, so I signed up for the entire four-week deal.
That’s where I saw HIM. Lucas Cummings. He isn’t the classic rich boy I usually end up with. The one whose idea of working up a sweat is waiting for his margarita to be served beachside. Nope. He’s a rough and tough bad boy that all fathers warn their daughters about. You know the type. Cocky swagger, chiseled jaw—the ‘V’.

SOLD, I said to myself, until I discovered he was so much more than just a BOXER.

Left Hook.
Right to the heart.

Who knew my brother’s friend could be Mr. Right, and not just Mr. Right Now?

My brother refused to introduce me, so I blame him. If he’d just caved, and introduced me to Jasper, I wouldn’t be in this mess. I mean, really, what’s the big deal? I’m not interested in the guy’s looks.

Oh no, I want his cold hard cash. (Be honest, you were expecting that other four letter ‘c’ word weren’t you?)

Now, before you go getting all judgy, I’m not a gold digger. I have a legitimate business opportunity for Jasper to invest in. The problem is that my stick-up-his-ass brother is embarrassed that his twin sister invents kick ass sex toys. His problem, not mine.

So, I took matters into my own hands. Defeat isn’t a word in Lennon Hart’s dictionary.

Using my stealthy P.I. moves, I narrowed my search to a time and place where I knew I could find him. It was completely innocent. A chance meeting that would give me the opportunity to pitch my business.

It wasn’t until I sat down across from the gorgeous panty soaking man in front of me, that I realized I wanted so much more than just his money. I could very well want his heart if I wasn’t careful.

Apparently my P.I. skills aren’t as stellar as I thought because Jasper had his own secret—and it changed EVERYTHING

What happens when you hook up with the hot bartender but you don’t realize he’s the enemy?

You get the story of Cole and Whit.

Whit just moved back home and goes out to a bar one night. She ends up hooking up with the bartender. But when she finds out who the bartender really is, she wants to kick herself. He’s the man that changed her life, even though he doesn’t know it. 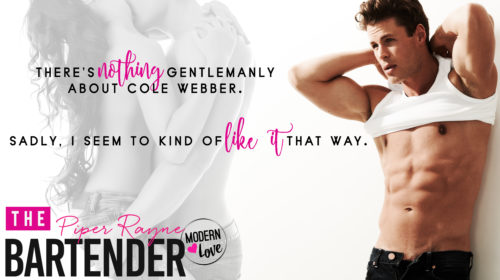 When feelings start to form, can Whit forgive Cole for the past?

What happens when Cole holds secrets from Whit and she finds out?

Can they repair the damage or is it too late?

Cole and Whit had such a good story. I love how strong Whit is and how she never gives up.

Can’t wait to read the rest of this series. 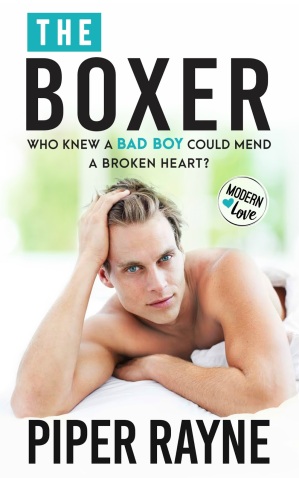 Tahlia Santora is trying to get over her cheating ex-fiancé. It’s been six months and she is not making good progress. When her best friends Whitney and Lennon decide she has needs a night out, who knew everything would change.

When they go to an amateur boxing match, Tahlia never imagined she would meet a man who would turn her world around.

Lucas Cummings is an amateur boxer and Tahlia has an instant connection to him. When life puts them in the same place at the same time a week later, they decided to see where things go. And they go straight to the bedroom. (And let me tell you….holy hotness!!)

Just when Tahlia start letting her guard down, Lucas starts putting his up. He says he has family issues going on right now and doesn’t want to bother her with them.

What happens when the truth comes out?

What happens when Lucas might not be who Tahlia thought he was?

Tahlia and Lucas have this instant connection and it makes you want to root for them. Lucas is charming and sexy and the kind of man every woman wants. This story has a plot twist I never saw coming and you won’t see it coming either.

This is my favorite Modern Love Series Book.

I knew I would love Lennon’s story.

I knew it would be full of laughs and fun times. And it was.

Lennon is the free spirit of her friends. She doesn’t take life too seriously, but she works hard for everything she has.

Lennon needs an investor to help her start up her sex toy company and she thinks Jasper is the perfect investor.

When she finally meets Jasper, she decides that she would rather have him in her life than have him as an investor. She doesn’t even approach him on the topic.

This is a secret that she will keep with her.

What happens when he finds out about the secret?

What happens when he learns that the only reason she approached him in the first place was to try to get him to invest in her company?

But Lennon isn’t the only one with secrets.

Well everything changed when she finds out about his secret?

I loved this story. I knew this would be my favorite from this series because I loved Lennon from the first two books. The connection Lennon and Jasper has is amazing. The sexual connection is smoking hot!!! Lennon has finally met her match in Jasper and Jasper has meet a woman who never backs down.

This was such a great series!!

Piper Rayne, or Piper and Rayne, whichever you prefer because we’re not one author, we’re two. Yep, you get two USA Today bestselling authors for the price of one. You might be wondering if you know us? Maybe you’ll read our books and figure it out. Maybe you won’t. Does it really matter?

We aren’t trying to stamp ourselves with a top-secret label. We wanted to write without apology. We wanted to not be pigeon holed into a specific outline. We wanted to give readers a story without them assuming how the story will flow. Everyone has their favorite authors, right? And when you pick up their books, you expect something from them. Whether it’s an alpha male, heavy angst, a happily ever after, there’s something you are absolutely certain the book will contain. Heck, we’re readers, too, we get it.

What can we tell you about ourselves? We both have kindle’s full of one-clickable books. We’re both married to husbands who drive us to drink. We’re both chauffeurs to our kids. Most of all, we love hot heroes and quirky heroines that make us laugh, and we hope you do, too.