** Prices of the books are subject to change. The price in my blog is what they were when I posted this blog.**

What better way to spend your Sunday than reading a great book!!

Below are some awesome book deals and some new releases. Some of these books I have read and the others are in my TBR (to be read) list.

Hope you can find your next favorite read!! 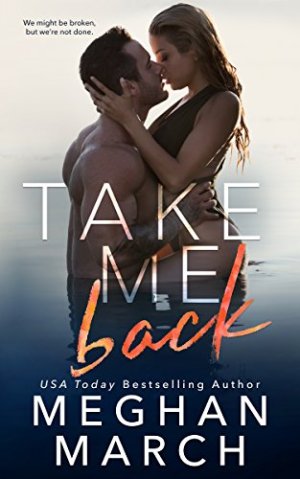 We fell in love on a beach, got married in paradise, and rode off into the sunset. It should have been perfect, but saying “I do” doesn’t guarantee a happily-ever-after.
Two years later, I barely recognize either of us behind the walls we’ve built.
It’s time to bring it full circle. Back to a tropical paradise. Back to find out if we can still make this work.
I’m not willing to give her up, but to save us, I have to risk everything.
Two damaged people.
Countless secrets.
The fight of our lives.
We might be broken, but we’re not done.

Take Me Back is a standalone second chance romance, not related to any series.

(This is the 9th book of the series. The first 8 books must be read to be able to understand the story…but TRUST me….it is worth it.)

Ryan Steel and Ruby Lee are in love, but before they can move forward with a life together, they’re determined to bring resolution to the many unanswered questions they still face. To complicate matters, new threats arise with the arrival of two startling figures from their pasts.

As they race against time to find answers, unexpected forces pull them apart. Ryan’s brothers, Talon and Jonah, rally to help, wanting to end the struggle and finally bring the last perpetrators to justice. But another riddle surfaces, deepening the rift between Ruby and Ryan. Will they salvage their relationship and finally unravel the mysteries surrounding them?

In the first of a Montgomery Ink spin-off series from NYT Bestselling Author Carrie Ann Ryan, a broken man uncovers the truth of what it means to take a second chance with the most unexpected woman…

Graham Gallagher has seen it all. And when tragedy struck, lost it all. He’s been the backbone of his brothers, the one they all rely on in their lives and business. And when it comes to falling in love and creating a life, he knows what it’s like to have it all and watch it crumble. He’s done with looking for another person to warm his bed, but apparently he didn’t learn his lesson because the new piercer at Montgomery Ink tempts him like no other.

Blake Brennen may have been born a trust fund baby, but she’s created a whole new life for herself in the world of ink, piercings, and freedom. Only the ties she’d thought she’d cut long ago aren’t as severed as she’d believed. When she finds Graham constantly in her path, she knows from first glance that he’s the wrong kind of guy for her. Except that Blake excels at making the wrong choice and Graham might be the ultimate temptation for the bad girl she’d thought long buried.

Opposites do more than just attract in TONI ALEO’s latest Nashville Assassins novel about a very bad boy and the good girl he can’t resist.

The instant Piper Allen sees Erik Titov, she wants him–wants his rock-hard body, sure, but the strength and mystery that lie behind that superstar hockey jock demeanor, too. So when he sidles up to her at a bar and slinks his arm around her waist, she’s lost. What follows is the wildest night of her life . . . followed by inevitable heartbreak the next morning. And then, a few weeks later, a very big surprise: two blue lines on a pregnancy test.

Only a check to the head could make Erik fall for a nice girl like Piper. But since their crazy-sexy night together, he’s been trying to forget about her alluring body by falling into bed with every woman in Nashville, and it’s not working. So when Piper shows up at his house with a baby-bomb to drop, it doesn’t take much for Erik to suggest the nuclear option: marriage. While it’s supposed to be all for show, the second they say “I do,” the ice between them starts to melt into sizzling steam. 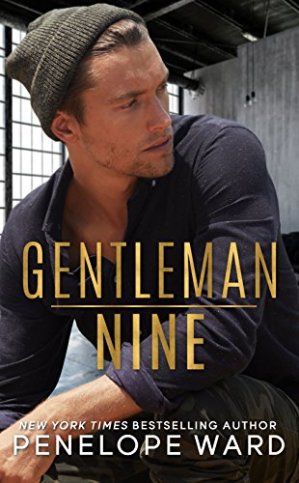 Growing up, the three of us were friends.
He was the nerd.
I was the playboy.
She was the beauty.

Deep down, I only ever wanted her. I kept it inside because Rory and I made a pact that our friend, Amber, was off-limits.

I went off to college, and he got the girl.
Amber never knew how I felt.
They were together for years—before he broke her heart.

Through it all and across the miles, she and I casually stayed in touch.
When my job sent me to Boston for a three-month contract position, Amber let me stay in her spare room.

Still reeling from her breakup, she’d sworn off men.
One night, I opened her computer to find the shock of my life. She’d hesitantly contacted a male escort company. Afraid to date and get her heart broken again, she was looking for sex with no strings.
Every emotion imaginable ran through me: protectiveness, jealousy—curiosity.
Amber had chosen Gentleman Number Nine and sent him a message.
She opened up to him, confessing, among other things, her physical attraction to her friend—me. But she considered me off-limits—and she thought I was a manwhore. (Ironic, considering the circumstances.)

Eventually, she set up a date to meet Gentleman Nine at a hotel.
When she showed up several nights later to meet him, she was stunned to see me standing there—with an offer I hoped she wouldn’t refuse. 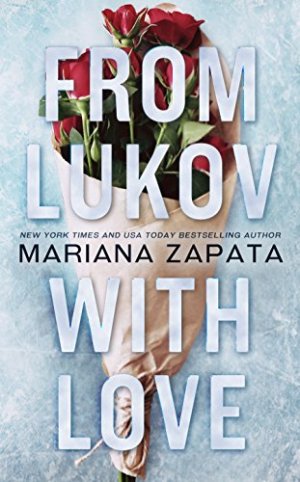 If someone were to ask Jasmine Santos to describe the last few years of her life with a single word, it would definitely be a four-letter one.

After seventeen years—and countless broken bones and broken promises—she knows her window to compete in figure skating is coming to a close.

But when the offer of a lifetime comes in from an arrogant idiot she’s spent the last decade dreaming about pushing in the way of a moving bus, Jasmine might have to reconsider everything.

Things change. Sometimes not for the better.

Xavier is no longer the maid’s son. Or my best friend. Now he’s wealthy and powerful–the dark don, in charge of one of the largest corporations in the world.

I never expected the boy who always saved me to be the man who kidnaps me.

Rhiannon is still as fiery and beautiful as the day I walked away. Now I’m back, ready to seek vengeance against the one man who wronged me. My rival. Her father.

If her father wants war, he’ll get a war.

Kidnapping his daughter is the key to my ultimate revenge. 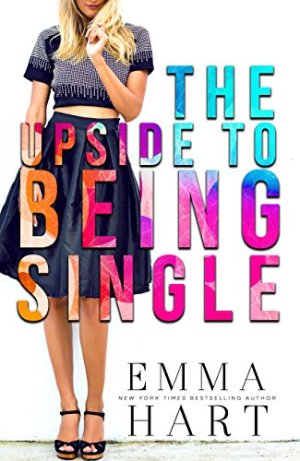 If anyone asks, I knew better than to flash my boobs for Mardi Gras beads.

I still don’t know why I did it.
Maybe it was the dare from my two best friends.
Maybe it was the guys on the balcony saying they’d throw Fireball shots with the beads.
Or maybe it was the quiet guy in the corner of that same balcony with piercing gray eyes, wavy dark hair, and a smile so tempting I wanted to climb up there and lick it off his face.
Maybe it was because I never thought I’d see them again.
Not that it matters. Not today.
Because the hotel I manage was finally bought—and the guy who walks in and introduces himself as my new boss is Mr. Tall, Dark, and Silent.

There are many upsides to being single.
Your new boss knowing what your boobs look like?
Not one of them.

(THE UPSIDE TO BEING SINGLE is a standalone, romantic comedy from the author who brought you MISS FIX-IT and BEING BROOKE.)