You got that right, I said free books!!

I got every book on this list (some I have already read), so my TBR is going to be PACKED!!

I can not guarantee these books will be free when you click the link, but lets hope they are!!

He challenged her sanity.

She shattered his reality.

They dared each other…to the brink of madness.

A dark and twisted maze awaits criminal psychologist London Noble when she falls for her patient, convicted serial killer, Grayson Pierce Sullivan. As she unravels the traps, her sanity tested with each game, she’s forced to acknowledge the true evil in the world around her.

Chase Henson doesn’t play by the rules. He doesn’t let himself get attached, doesn’t stay in one place long enough to call anywhere home. So when he returns to the small town of Summer Hill for the first time in years, the last thing he expects to find is a reason to stay.

Sierra Belmont is lost. Devastated after a sudden tragedy that left her heart broken in a million pieces, Sierra is just barely getting by. Burying herself in work at Summer Hill’s only bookstore, all she wants to do is make it through another day.

And then Chase walks through the doors of The Book Bag, claiming he’s just there to buy a book. Rumors that he’s dangerous fly through the town, but Sierra isn’t afraid of him. He might be the last person she should be with, but he’s the only one who understands the depth of her pain. For the first time, Chase stands still, fighting the desperation to mend Sierra’s broken heart.

Always running, the past has never had a chance to catch up to Chase. But there’s a first time for everything.

**ONE CALL AWAY is a full-length, standalone romance novel**

The price of survival…

Gabriel Miller swept into my life like a storm. He tore down my father with cold retribution, leaving him penniless in a hospital bed. I quit my private all-girl’s college to take care of the only family I have left.

There’s one way to save our house, one thing I have left of value.

Gabriel appears at every turn. He seems to take pleasure in watching me fall. Other times he’s the only kindness in a brutal underworld.

Except he’s playing a deeper game than I know. Every move brings us together, every secret rips us apart. And when the final piece is played, only one of us can be left standing.

THE PAWN is a full-length contemporary novel from New York Times bestselling author Skye Warren about revenge and seduction in the game of love. It’s the first book in the captivating ENDGAME trilogy.

Sebastian Bennett is a determined man. It’s the secret behind the business empire he built from scratch. Under his rule, Bennett Enterprises dominates the jewelry industry. Despite being ruthless in his work, family comes first for him, and he’d do anything for his parents and eight siblings—even if they drive him crazy sometimes. . . like when they keep nagging him to get married already.

Sebastian doesn’t believe in love, until he brings in external marketing consultant Ava to oversee the next collection launch. She’s beautiful, funny, and just as stubborn as he is. Not only is he obsessed with her delicious curves, but he also finds himself willing to do anything to make her smile.

He’s determined to have Ava, even if she’s completely off limits.

Ava Lindt has one job to do at Bennett Enterprises: make the next collection launch unforgettable. Daydreaming about the hot CEO is definitely not on her to-do list. Neither is doing said CEO. The consultancy she works for has a strict policy—no fraternizing with clients. She won’t risk her job. Besides, Ava knows better than to trust men with her heart.

But their sizzling chemistry spirals into a deep connection that takes both of them by surprise. Sebastian blows through her defenses one sweet kiss and sinful touch at a time.

When Ava’s time as a consultant in his company comes to an end, will Sebastian fight for the woman he loves or will he end up losing her? 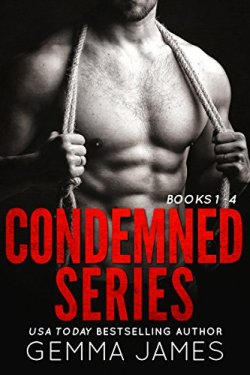 One lie. One act of revenge. One obsessive love.

I’m a prisoner on his island, a willing captive to his deviant desires, bound by his justified fury. Even worse, I’m a hostage of my own treacherous heart. But the lie I told eight years ago is ricocheting, destroying lives and altering the course of fate. Neither of us saw it coming.

The violence and death. The betrayal. The utter destruction that leaves us in ruins.

How can a single lie cause so much devastation? Redemption seems impossible because neither of us can undo what’s been done. I belong to him as much as he belongs to me, and we’ll fight for each other or go down in flames trying.

The Condemned series bundle includes Torrent, Rampant, Fervent, and Vagrant. Intended for mature readers who enjoy a psychological dark romance thriller with kidnapping and other disturbing themes. Not for the faint of heart. You’ve been warned.

Former Navy fighter pilot. Son of a congressman. Successful businessman in my own right. With a résumé like mine, women have never been a challenge.
Until I met her.
This sexy, tatted-up bad girl wasn’t part of my plans, but that punch to my gut every time I see her tells me I have to know more.
She’s a mystery. An enigma. A challenge.
I’m going to figure her out—and then I’m going to make her mine.
We’ll find out what she’s hiding . . . beneath this mask.

Beneath This Mask is the first book in the Beneath series, but each of these hot contemporary romances can be enjoyed as a stand alone. Then again, why would you want to miss out on all the alpha heroes and the women who bring them to their knees? After all, there’s something for everyone in New Orleans…

Once upon a time, I believed in fairytales.
But then he took me.
And he taught me that life isn’t a fairytale.
He is scarred. Broken.
A dark and wild thing.
His beauty is violent and his words are cruel.
His heart is a shadowed landscape where nothing can grow.
He tells me he could never care for me, and he proves it every day.
He’s destroyed my life.
Tortured me.
And worse…
He’s trained me to beg for his affection.
This prison is a place where sunlight doesn’t reach.
He taught me that hate is born in darkness.
And then he taught me that sometimes love is too. 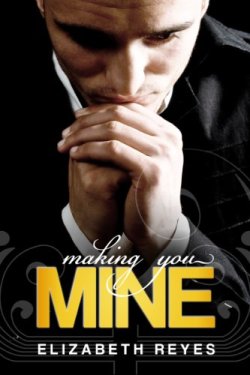 Always in control, the meticulous and professional Salvador Moreno is thrown for a loop when the newly hired bartender Grace Zendejas suddenly invades his family’s restaurant, and infuriatingly, his every thought. For the first time in his life, Sal is fumbling. But after recovering from a few blunders he discovers his feelings for Grace run much deeper.

Things begin to heat up between him and Grace, but then the ever-perfect Sal does something even his brothers never did—screws up royally. Now he’s scrambling to cover up a mistake he knows could cost him dearly. As his relationship with Grace grows even more serious, Sal’s secret is a ticking bomb, threatening to destroy the one thing he now lives and breathes for—his relationship with the love of his life—Grace. 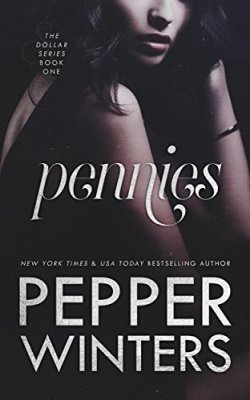 “I’m not the hero in this story, girl. You’d do best to remember that.”

Once upon a time, I was an eighteen year old psychology student.
Now, I’m a man’s property.
Stolen and sold, I’ve been decorated in bruises since the day my world changed two years ago.
I suffer in silence, I crave freedom, but I never break.
I can’t.
Until he arrives.
Elder Prest, the only man to look at me and see me. The only man more ruthless than my owner.
He wants me for reasons I don’t understand.
He claims me for one night then leaves and never looks back.
Until he returns.
And life becomes much more complicated. 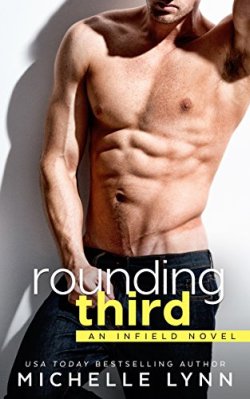 I’ve loved Ella for as long as I’ve loved baseball.
As much as I was born to play ball, I was born to love her.
Our small town fairytale was written and sealed with our happily ever after.

It only took one night to erase our meant to be status.

A mutual decision was made. Our families agreed, two separate paths was the best decision for us to heal. Stupidly, I agreed and I left her behind.

Now, two years later, I’m back for her, but I came unprepared. She’s no longer the naive girl who fell in love with the town’s baseball stud. She’s moved on. Well, good thing I love a challenge because making Ella Keaton fall in love with me all over again will be my biggest test yet.

Bought. Conditioned.
My name is Blaire. I’m head of security to a man who controls the Russian underworld in Europe. His name is Maksim and he’s my master. He bought me ten years ago and conditioned me with brutality to worship and protect him. And I have protected him. I’ve slain everyone who has tried to do him harm. Everyone but a man he loans me to; a man who threatens to break me and everything I believe in.
You’re going to need a strong stomach and a strong heart to follow my story, because take my word for it, it’s no fairy tale.

This is a dark, dark read. You have been warned.