What better way to send the day than with a good book, especially if that book is free.

Check out the free book below.

Too loud.
Too clingy.
Too much make-up.

I could go on and on. The other guys in the Single Dad’s Club would say I’m obsessed with finding them. But none of their kid’s mothers call a maximum-security prison home either, so their opinions mean shit.

Caterina Santora has her own list of red flags…

Even after repeating this mantra to myself every morning on the way to Lily’s summer camp, guess what happens the moment I see Cat? Yeah, that mantra turns into ride me, doggie style and reverse cowgirl.

The fact that she doesn’t remember me from six years before grates on me until I don’t have it in me to leave her alone any longer. I have to have her. But our lives are opposites in every way. In no way compatible.

When we’re together all the complications fade away and I have to keep reminding myself, even if I can have her— I can’t keep her.

Arizona Turner has been my best friend since fourth grade, even when we “hated” each other. We’ve been there for one another through first kisses, first “times,” and we’ve been each other’s constant when good relationships turned bad. (We even went to colleges that were minutes away from each other…)

Throughout the years, and despite what anyone says, we’ve never crossed the line.

Never thought about it.
Never wanted to.

Until one night changed everything.
At least, it should’ve …

Just friends.
We’re just friends.
I’m only saying this until I figure out if she’s still “just” my best friend… 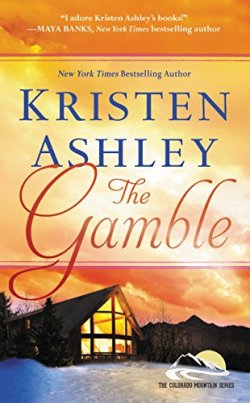 Love is the greatest gamble of all . . .
Nina Sheridan desperately needs a timeout vacation. With a fiancé who can’t even remember how she takes her coffee, Nina wants some distance to rethink her engagement. Flying halfway around the world from England to a mountain town in Colorado should do the trick. But when she finds a gorgeous man at her rental cabin, Nina’s cold, lonely adventure suddenly heats up.
The owner of the house, Holden “Max” Maxwell is surprised by the beautiful woman who turns up at his door. But when Nina becomes ill, Max spends days nursing her back to health. A private man with a broken heart, Max finds himself drawn to the strong-willed woman. Soon it becomes impossible for Nina and Max to deny their growing attraction to one another. Yet even as these two wounded souls think about taking a chance on a relationship, a secret from Max’s past emerges-and threatens to end their love for good.
Buy Now!

Blurb:
There comes a point in your life where you have to say enough is enough.

The day I gave up on the idea of happily ever after, my focus became me. Moving forward and establishing my career.

I didn’t expect him. My new boss, a six foot two, inked rock god. I believed I was working for the record label, I was wrong.

It’s impossible for me to keep my distance, believe me I’ve tried. He’s not who I expected him to be. He’s so much more he’s…Emphatic

Blurb:
She was a ghost, in heels.

She was there, then she wasn’t.

She would play with my emotions like a well-played guitar.

Then she would disappear. Making me want to strangle her.

Her lips were shaped like a heart, deceiving you at every word.

Her body was created straight from my fantasies, one I craved to bend to my will.

Her heart, well, who the hell knew. She kept that shit locked tight.

And I couldn’t find the key.

Blurb:
Everything’s naughtier after dark…
Navy SEAL turned private Investigator Logan Wild is relentless in his pursuit to discover the truth for his clients. He works hard, plays even harder, and always walks away unscathed and untethered. Until he meets mysterious and sexy-as-hell Stormy Knight, who leaves him craving more than a one-night stand.

Stella “Stormy” Knight is an expert at hiding–her feelings, her past, and her identity. Sometimes all that hiding takes its toll, and she needs to come out from under that heavy suit of armor and cut loose–but it never takes her long to put it right back on and disappear without a trace.

Passion ignites, secrets are shared, and their deep connection is impossible to ignore. But in order to have a future, Logan must uncover Stormy’s dark past–and when he does, he’ll hold her fate in his hands.