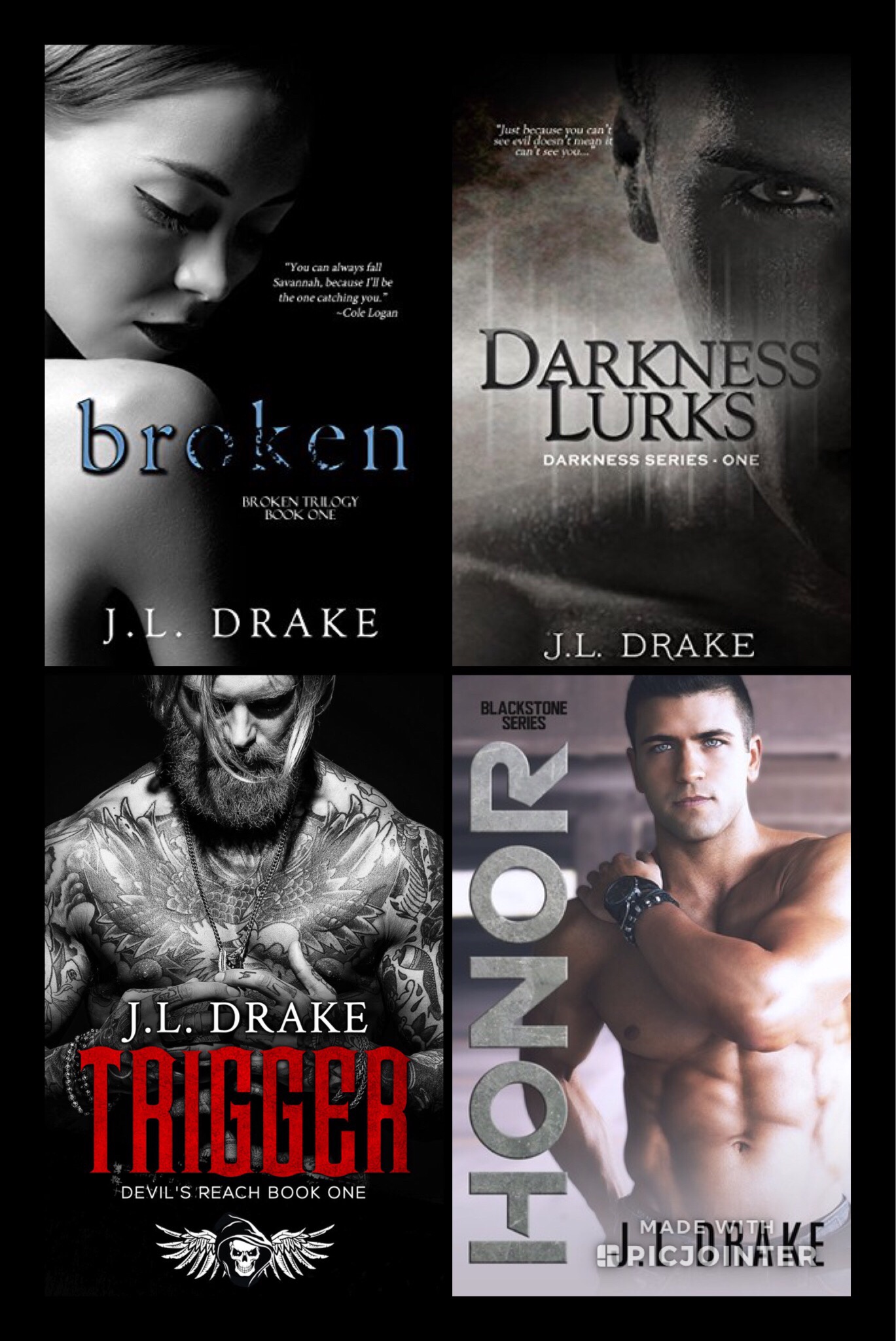 The amazing J.L. Drake agreed to do an interview for me. YAY!!! 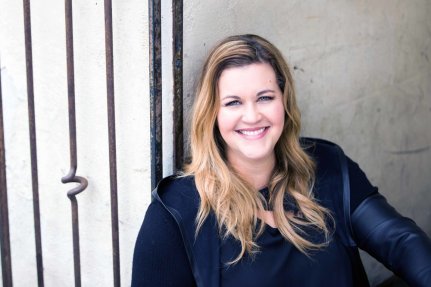 J. L. Drake was born and raised in Nova Scotia, Canada, later moving to Southern California where she now lives with her husband and two children.

When she is not writing she loves to spend time with her family, travelling or just enjoying a night at home. One thing you might notice in her books is her love of the four seasons.  Growing up on the east coast of Canada the change in the seasons is in her blood and is often mentioned in her writing.

An avid reader of James Patterson, J.L. Drake has often found herself inspired by his many stories of mystery and intrigue.  She hopes you will enjoy her books as much as she has enjoyed writing them.

I was dreaming the idea of the safe house and Savi being held hostage and I suddenly woke, sat straight up and rushed to my computer. Seven months later the trilogy was done, a rough draft but non-the less it was written. When a dream carries over, I know I need to write it.

I find that a sexy quality in a man, who doesn’t love someone that tries to protect you at all costs, fights for your love but yet is willing to warship the ground you walk on. I like a balance of both love and authority.

There were two spots that I struggled on, the ending of Broken as I was going through something personal and that’s why it ended the way it did and the ending of the trilogy itself. I cried so hard, I didn’t want it to end. So, how I fixed it was by carrying them over to other books. I get way to attached because they still “talk” and I still “see” their lives moving forward.

Couldn’t let go and they wanted to tell their story and get their HEAs.

Yes, I have about 3 more books I could do for Blackstone. First starting with Mike, but I have no plans to write it this year as I have “others” that are speaking louder.

Happy to hear that! Poor Seth and Emily get skipped a lot.

Honestly, that story just poured out of me, I felt like I had little control on the direction. Things just appear in my head and one moment someone is good and then the next they’re the ones pulling the “trigger.”

A little, I spoke to some doctors and ran by his mental state to make sure I followed the illness correctly. Really, I was just looking to write a epic mind fuckery book to entertain myself.

Yes, actually Garrett’s book is roughly half way done. I started it and moved back to Honor. Sometimes I don’t get to chose who I’m writing…I get that sounds crazy but …well…it’s the truth. I need to feel the character and Garrett needed to be put on hold but his story will get done in time.

That’s an interesting question to ask, oddly enough writing on the “side of the law” is fun because you can make the cop or military man bend the rules and it’s badass. However, when you’re dealing with a badass “up against the law” you have to dig deep and make your character loveable but yet reckless. It’s a tricky balance. Plus, you have to pull out some crazy violent thoughts where even sometimes I say to myself, “yikes, where the hell did that come from?” lol

Truth time here, I only read one MC book and watched one series. I purposely like to write blind, I don’t want to know what the “norm” is for that genre.  I want to write my way and hope it works. I love a strong female up against an alpha male it gives the characters depth and challenges and it keeps me on my toes as a writer.

That everyone has some kind of a past, good or bad, it shapes us. Sometimes even the most hateful person can still have a sliver of good deep down inside. This is a dark book, with dark subject matter, it contains triggers, but it’s one hell of a ride. Don’t kill me for the ending, but I will always provide you with a HEA at their story. As Mike once said, “the author is known for her dick cliffhangers.”

I love trilogies, mainly because I can’t let go. Each book starts and ends with suspense and I crave that rush.I tried to write a stand-alone and it was hard. I can do spin-offs but that’s because the character is already developed. I hope to challenge myself later on this year and provide you all with some fresh new characters, that will be my first stand-alone.

Anything you would like to say to your readers?

Thank you for giving my books a try. I hope they keep you entertained and take you on many journeys. -Jx 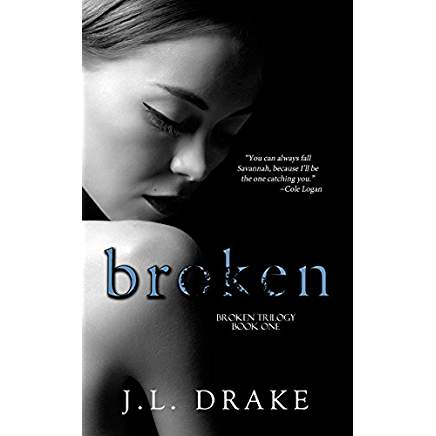 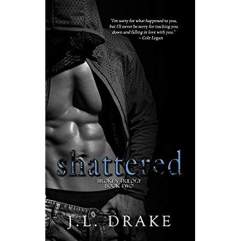 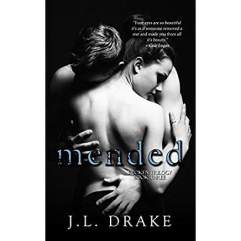 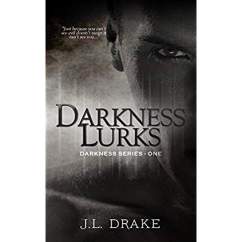 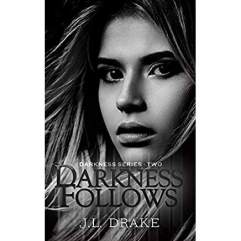 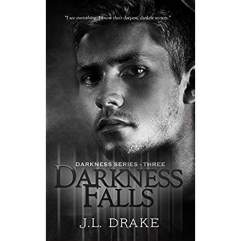 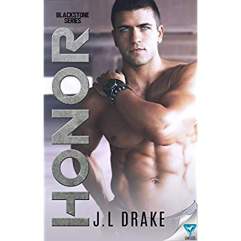 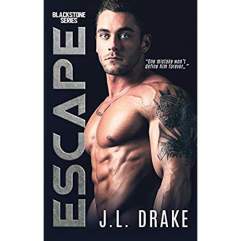 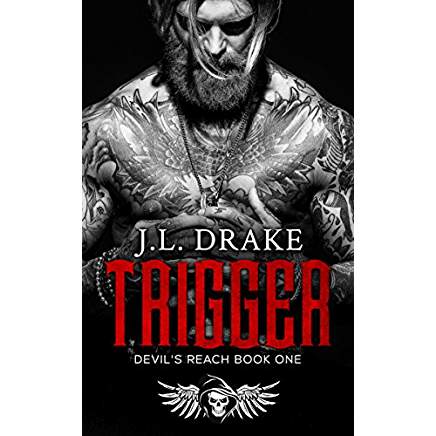 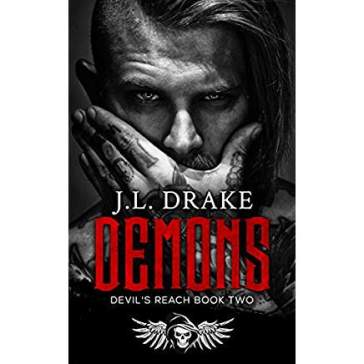 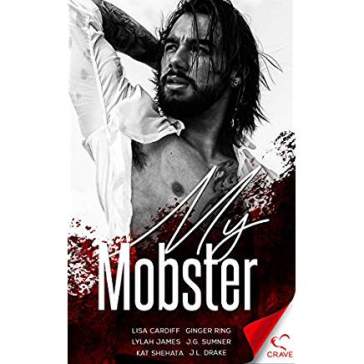