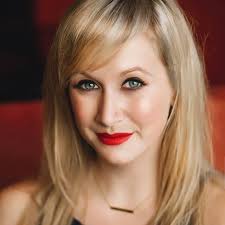 The AMAZING Kandi Steiner agreed to do an interview for me.

I have read 7 of Kandi’s books and I am never disappointed in her work.

That boy isn’t everything, and you will be okay without him. Also, drink more water and get into a fitness routine now. LOL.

·      What is your favorite restaurant?

I have always had a thing for Olive Garden. Free breadsticks for the win!

I try not to let myself be ruled by fear. I actually like to FACE my fears, if I can.

All the fucking time.

So hard to choose, but I’d say Shawshank Redemption. Honorable mentions for Brown Sugar, Something Borrowed, The Other Bolyn Girl and The Help.

I have so many, but I’d say if I could only pick one EVER, it would be Glee. I also love New Girl, Friends, The O.C., Scandal, Stranger Things, Handmaid’s Tale… I could go on and on!

·      Who is your favorite entertainer (comedian, musician, actor, etc.)?

·      I have read 7 of your books so far and I am never disappointed. Weightless was the first book I read and I have been hooked ever since. Weightless deals with the issue of loving yourself no matter how you look. Why did you decided to write this book?

Thank you so much! Weightless was such a hard book for me to write. It took me the longest of all my books, and I edited it SO hard. I wanted to write a story about a young girl dealing with body issues, and finding her inner strength despite them. I think we’ve all, as women, faced hardships when it comes to how we look, how we think we’re SUPPOSED to look, and how we accept love because of how we look. I wanted to tackle that, and bring to light what health (eating right, exercise) is really about – not feeling skinny, but feeling strong. I also love angst, and I felt like I wasn’t really incorporating that into my writing. I had a little of it, but mostly was on the rom com side. I wanted to dip my toes into more serious subjects that resonated more with me as a writer.

·      Revelry killed me, in a good way! Anderson was such a good man but he blamed himself for his cousin’s death. Why did he feel so responsible for her death?

Well, I think you can pick it up by reading his narratives, you know? He was the one who dared her to live more, who made fun of her for always having her nose stuck in a book. Then, the very next day, she took a risk she never would have if he hadn’t pushed her. On top of that, he wasn’t there to save her, to help her in her greatest time of need.

·      A lot of women in romance books are not strong but Wren was strong enough to leave her marriage. Why did you write her as a stronger female?

To me, every woman is strong AND weak. I get so frustrated with reviews that call heroines weak or spineless, because EVERY WOMAN, every human, period, has weak times. And a lot of novels focus on characters IN those weak times, because there’s a story to tell there. You know? We grow from our weak times, and we also find love and strength in those times. Life is about balance. Wren was strong in leaving her husband, but she also faced a lot of trials in leaving him, and in trusting herself to fall in love again. To me, Wren was a symbol of the incredible inner strength every woman has to walk alone, to leave a bad situation, and to recover and bounce back from the hurt in life.

·      Momma Von was probably my favorite secondary character. Where did you get the inspiration for her?

She’s inspired by my own Momma! Her name is LaVon and everyone calls her Momma Von. Though my mom’s story isn’t the same as Momma Von’s in Revelry, a lot of that advice is straight from my own mom’s mouth. I really wanted to honor my mother and bring to life an older, wiser woman who Wren could draw inspiration and comfort from.

·      A Love Letter to Whiskey…..what to say about this book…AMAZING!!! Why did you have Jamie go for Jenna at first, why not B?

Oh I didn’t have him do anything. The characters in ALLTW wrote that story on their own. They had a long, painful story to tell, and I was just the one to write it down and give it wings.

·      Everyone says women and men can’t be “just friends” but Jamie and B were about to do that…for a while. What in their relationship made that possible?

Were they ever really “just friends” though? I think there is truth to that, with the exception being if there is absolutely no physical chemistry on either party’s mind. With Jamie and B, they always loved each other, but there was always something in the way. In real life, I think it’s VERY rare for a man and a woman to be just friends – at least, in the same way that Jamie and B are. Can you be friends with your boss’s wife? Sure. Can you hang out in a group setting with a girl you went to college with? Why not. But can you spend time together the way Jamie and B did, and cultivate such a strong relationship, ONLY being friends? Well…. 😉

·      Jamie makes B a proposition. That when he turns 30 if he’s not in a relationship or married, that they will get married. Why did he make this proposition?

Oh gosh it was just something I hear a lot of my friends say, and I wanted to write it in there as a sort of joke between them. It just happened to come true. 😉

·      There were times when I wanted to scream at both of them, especially Jamie. Why did you have them playing the cat and mouse game? Why not just be together?

Well, that wouldn’t have been the same story, would it? The premise of ALLTW is telling that story of two people who are always together, always in love, but never ACTUALLY together. It’s happened to so many people in real life, and I get so many messages from readers who say they have their own Whiskey – whether they ended up together or not. I think a lot of us have “best friends” of the opposite sex who are always a little more to us, but maybe never actually find out what we could be – for whatever reason. Timing. Other people. You name it. I wanted to explore that dynamic and the complications of it.

When Jamie comes back right before her wedding, and then they sleep together. The next day, when they wake up, and B just loses it. Her heart breaks and she’s like look at us, we can’t stop hurting each other or the people around us. I was sobbing during that, because it just proves that while love is the most important thing, it’s not perfect. Love is like a fire, and sometimes it can warm us, but it can also burn down entire towns.

·      The Palm South University Series is so different from anything I have ever read. What gave you the idea for it?

I really wanted to write something like the shows I love to binge. I thought, man, I love the show Greek. I’m so sad it ended. I wonder what it would be like to read the script. And then I thought, wow, I love to binge watch shows, what if I could binge READ the same kind of thing? It grew from there.

You know, it’s really not. Not with PSU. Each character is so vivid in my mind, I just jump into their head when it’s their turn and get going.

·      On the Way to You is such a in-depth read. It makes you ask yourself questions along the way. Where did the idea for Cooper asking Emery the question “What makes you happy” come from?

This came from me listening to small talk at a party. Everyone started with “so what do you do?” And I got to thinking about that, about how much pressure society puts on what you do to make money – like that’s the key to happiness. But the most exciting parts about me, as a person, aren’t how I make a living. It’s what I like to do for fun, what brings me joy. THAT’S what I want people to know about me. So I wove that into Emery’s perception, too.

·      This book talks about depression. Did you do a lot of research before you wrote this book?

I did, and I also have faced depression and anxiety of my own. I have many close friends who battle it daily. I think it’s something we all face, in some ways, and never talk about because it’s weak or not “appropriate.” We expect everyone to be “normal,” to be happy all the time no matter what’s happening. That’s just unrealistic.

·      You have a new duet out What He Doesn’t Know and What He Always Knew. What can readers expect in this duet?

Lots and lots of angst. And emotions. It’s, in my opinion, my best writing to date. It deals with a lot of serious subject matter and also takes something so taboo (infidelity) and shines it in a new light. So many people believe cheating is wrong. PERIOD. End of discussion. But we are humans, and we have real, human emotions. Cheating doesn’t happen just because someone wakes up one day and decides to be an asshole to someone they love. It’s a series of things that get humans to that point, and I wanted to exploit that.

I’m not going anywhere. More PSU is right around the corner, and I’ve got an angsty football book planned for the fall.

·      Is it hard to write duel POV? It’s hard to write – period. But, if you take the time to get to know your characters, the POV doesn’t matter. You’re just telling their story.

·      Who are your one-click authors? I have way too many to name! Off the top of my head, Staci Hart, Brittainy C Cherry, BB Easton, Karla Sorensen, Alessandra Torre, Kennedy Ryan – just some of my faves right now.

·      If you had to write yourself as a villain I one of your books, what type of villain would you be? I’d be the kind of villain I love to write – one that has a good side, just like every villain. I’d be like Erin, where it’s easy to draw conclusions when you only have one side of the story, but when you get the other, you realize that “villain” has just been through some crazy shit and had a lapse in judgement.

·      What is the hardest thing about writing? Keeping with it when it’s hard. When the story isn’t working, when the characters aren’t talking, when it’s rainy and you’re tired and you just want to give up.

·      Is there anything you would like to say to your readers?

Thank you so much for picking my books up! I know you have SO many choices, and I’m honored every single time I’m someone you decide to read. I also love getting your messages and hanging out with you online. Come be a part of the fun in Kandiland!

What He Knew Duet