Each day I prayed for my husband to love me again.
After fifteen years together, he walked away from me, and into the arms of another.
I didn’t know how to cope. I didn’t know my worth. I didn’t know how to exist without him by my side.
All I wanted was for him to come back to me.
Then, Jackson Emery appeared.
He was supposed to be a distraction for my mind. A summer fling. A confidence boost to my bruised heart.
We were perfect for one another, because we both knew we wouldn’t last. Jackson didn’t believe in commitment, and I no longer believed in love. He was too closed-off for me, and I was too damaged for him.
Everything was fine, until one night my heart skipped a beat.
I didn’t expect him to make me laugh. To make me think. To make my sadness somewhat disappear.
When our time was up, my heart didn’t know how to walk away.
Each day I prayed for my husband to love me again, yet slowly my prayers began to shift toward the man who wasn’t right for me.
I prayed for one more smile, one more kiss, one more laugh, one more touch…
I prayed for him to be mine.
Even though I knew his heart wasn’t destined to love. 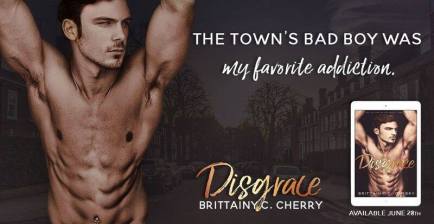 Be prepared for an emotional rollercoaster!!

We first meet Jackson when he is 10 years old. His mother is leaving his father and he is trying to figure out why.  When his mother left, she asked him one thing “Take care of your father”. And that is what Jackson did. For years, he took care of this father, through the bad times and the worst times. Living in a small town, Jackson was seen as the “troubled” kid. The kid from the wrong side of the track. But no one got to see the real Jackson. That is until Grace shows back up in town.

“They called me Satan’s spawn and it had bothered me when I was younger, but the older I got, the more I liked the ring of it. People had harbored an unnecessary fear of my father and me for fifteen or so years. They called us monsters, and after some time, we took on the role.”

Grace is from the same town as Jackson but has been gone for years. Grace has been married to Finn for the last 15 years. She has been though a lot in those year, a lot more than most women could handle. But after 15 years of marriage, Finn has decided he wants someone else. (and who he choses will make you mad!)

“My husband wasn’t a cheater except when it came to her. Her. I hated her, even though I didn’t know who she was. I hated her in a way I hadn’t known I could hate a stranger.”

When Grace crashes back into town for the summer, Jackson is there to catch her, even if he doesn’t want to in the beginning. Jackson isn’t nice. He’s rude and mean to Grace. Why? Because of her last name. Because of who her parents are.

We were just two broken people, uninterested in being fixed.

Jackson and Grace are opposites but they work. They balance each other out. Grace brings Jackson peace and Jackson makes Grace find herself for the first time.

Towards the end of this books, connections will start being made. You will start to understand different things that happened during the book and why those things happened. But those connections will also test Jackson and Grace. It will make them rethink what they have together. Is it just a summer fling or is it something real? If it is real love, can it survive the test it is about to be given?

Brittainy C. Cherry wrote an amazing novel. This book will give you the feels. It will touch your core and it will make you a better person.

Brittainy Cherry has been in love with words since the day she took her first breath. She graduated from Carroll University with a Bachelors Degree in Theatre Arts and a minor in Creative Writing. She loves to take part in writing screenplays, acting, and dancing–poorly of course. Coffee, chai tea, and wine are three things that she thinks every person should partake in! Brittainy lives in Milwaukee, Wisconsin with her family. When she’s not running a million errands and crafting stories, she’s probably playing with her adorable pets.