Paris, France. The City of Lights is buzzing with more than just electricity…
I love women. All women. I’ve made a career out of being exactly what a woman needs.
You want something outta life and have the money to back that dream? Let’s discuss it. For the right price, anything is possible, and I’m the guy who’s going to help you get it. There’s no challenge I can’t meet, and I never leave a client unsatisfied.
So when perfume heiress Sophie Rolland calls me to help take her family’s company—and Paris—by storm, I know exactly what she needs. Just a few days with my team and there will be no stopping Sophie.
Watching a gorgeous woman come alive in the City of Lights—that’s why I got into this business. Not to mention what happens when those lights go out…
My name is Parker Ellis. You can call me The Dream Maker.

I’m a professional. That doesn’t mean I can’t lose control. I’m only human. But I’d better watch myself with Skyler Paige. She’s the hottest movie star on the planet right now—the woman I’ve crushed on for years—and she’s on the edge of losing it. She needs to find her muse. Hell, she needs to find herself. But most of all, she needs International Guy’s help. That’s why she’s come to me, Parker Ellis.

Ever since Skyler opened her door, it’s been a freakin’ hurricane of charged lust between us. Damn. Those lips. That body. The need to have her once, twice, or a million times before our three weeks are up.

I just don’t want to go too far, too fast. Only she’s making it sohard.

Because the danger of mixing business with pleasure is that sometimes you feel a lot more than you should.

My latest project has trouble written all over her. And it’s my favorite kind: lush curves; full, kissable lips; and a wicked smile that promises a million sins. But Christina Kaarsberg is a whole new gamble. She’s a princess—as in the Danish royal family. And if I make one mistake, my International Guy business will be royally screwed.

There’s a lot more riding on this job than just a woman who needs help. Not only do I have to tame this soon-to-reign bad girl but I also have to convince her to marry the crown prince and accept her rightful place as the next queen of Denmark.

It turns out that our sexy little princess is playing a game. I just need to figure out which rules to follow…and which ones to break.

Parker Ellis, CEO of International Guy Inc., advises the wealthiest people in the world on life and love. And sometimes he can’t help it when things heat up and he ends up in bed with his clients.

This International Guy knows that there’s a whole world waiting for him. But as he goes from city to city—and from woman to woman—it’s possible that he just might find his own love along the way…

This is a twelve book novella series.

Book 1 in the series (out of 12) was a very good start to this series.

In book one, Parker and the guys are called to Paris to help Sophie. She has just taken over the company her father created.

Sophie is shy, quiet, and not sure of herself. When the International Guys show up, they change everything for her.

This book was more than I excepted. It was fun, flirty, had some sexy moments….but overall….a good, fun read.

New York City. The Big Apple. And the next city that Parker is going to conquer. And this time, without his team.

This book starts with Parker hiring an assistant and you are going to LOVE her. She is AWESOME!!

Parker is hired to help her find her muse again. Parker knows that this job will be a tough one for many reasons. But he is determined to help her.

This second book is sexy and a bit more serious at times than the first one but it is still great.

On to Copenhagen and taming a princess.

Princess Christina Kaarberg. She is supposed to be the next queen of Denmark, but she refuses to marry Price Sven, saying her sister Elizabeth should marry him instead. But why? She loves Sven. Sven loves her.

Princess Christina has been out partying and acting up. She isn’t usually like that. Something is driving her behavior and Parker is determined to figure it out.

What Parker uncovers is heart breaking. Sven’s family has been though a lot lately and Christian thinks she is doing the right thing.

Will you agree with her point of view or Parkers?

Plus….Sophie make an appearance in this book. Things are heating up with her and Parker, or at least she thinks they are.

Can’t wait for the next book!!! 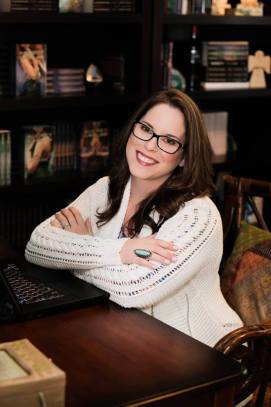 Audrey Carlan is a #1 New York Times, USA Today, and Wall Street Journal bestselling author. She writes wicked hot love stories that are designed to give the reader a romantic experience that’s sexy, sweet, and so hot your ereader might melt. Some of her works include the wildly successful Calendar Girl Serial, Falling Series, and the Trinity Trilogy.

She lives in the California Valley where she enjoys her two children and the love of her life. When she’s not writing, you can find her teaching yoga, sipping wine with her “soul sisters” or with her nose stuck in a wicked hot romance novel.