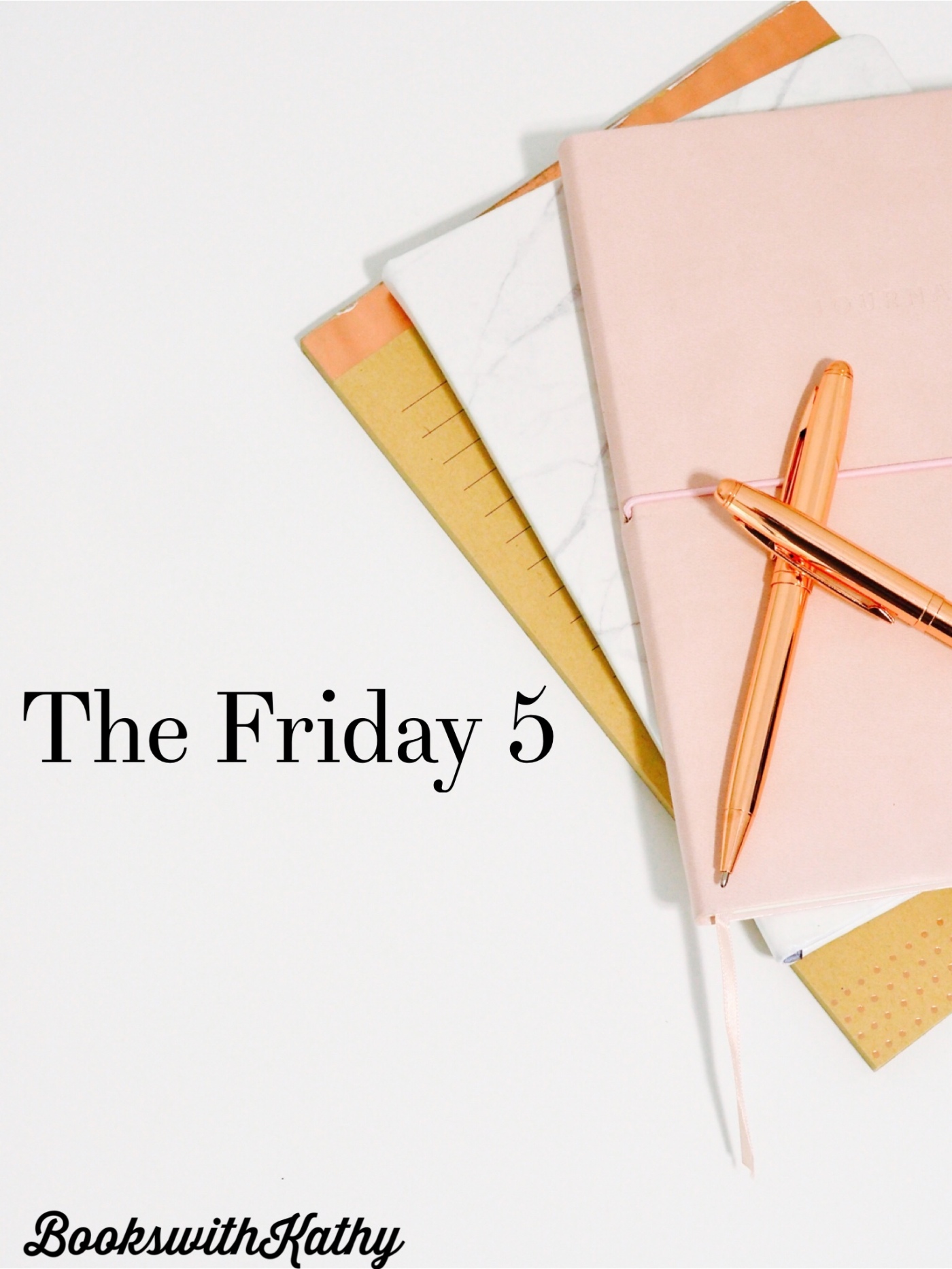 Mess Me Up – Lani Lynn Vale

Get your tissues ready! This book is a tear-jerker!!
I have wanted to know Rome’s story since reading Tyler’s story. Rome seemed like a man who was caught between a rock and a hard place. After reading his book…he defiantly was.
This review is hard to write without giving to many details away.
Rome and Izzy don’t have a fairytale story. Their story is full of tears and heartbreak. But it is also full of love and forgiveness.
Rome is taking care of his sick some Matias. Matias’ mom has decided she can’t do it anymore and leave Rome all by himself with his son (they were together in the first place).
Izzy is a house cleaner and get a new job cleaning Rome’s house. She used to clean for Matias’ mom and you see instantly the connection she has to Matias.
It’s so hard not to go into major details, but I want you to read this book kind of blind.
There were parts of this book where I wanted to yell at Lani and ask her “WHY??”
This is probably one of the toughest books from Lani I have ever read.
But in the end, she put my heart back together.

POWERFUL MOMENTS
Be prepared for an emotional rollercoaster!!
We first meet Jackson when he is 10 years old. His mother is leaving his father and he is trying to figure out why.  When his mother left, she asked him one thing “Take care of your father”. And that is what Jackson did. For years, he took care of this father, through the bad times and the worst times. Living in a small town, Jackson was seen as the “troubled” kid. The kid from the wrong side of the track. But no one got to see the real Jackson. That is until Grace shows back up in town.
“They called me Satan’s spawn and it had bothered me when I was younger, but the older I got, the more I liked the ring of it. People had harbored an unnecessary fear of my father and me for fifteen or so years. They called us monsters, and after some time, we took on the role.”
Grace is from the same town as Jackson but has been gone for years. Grace has been married to Finn for the last 15 years. She has been though a lot in those year, a lot more than most women could handle. But after 15 years of marriage, Finn has decided he wants someone else. (and who he choses will make you mad!)
“My husband wasn’t a cheater except when it came to her. Her. I hated her, even though I didn’t know who she was. I hated her in a way I hadn’t known I could hate a stranger.”
When Grace crashes back into town for the summer, Jackson is there to catch her, even if he doesn’t want to in the beginning. Jackson isn’t nice. He’s rude and mean to Grace. Why? Because of her last name. Because of who her parents are.
Your heart will break for Grace when you learn her story. Your heart will break for Jackson when you see what he has lived with for almost his entire life. Your heart will break for both of them when the town starts talking. You know small towns, everyone talks.
We were just two broken people, uninterested in being fixed.
Jackson and Grace are opposites but they work. They balance each other out. Grace brings Jackson peace and Jackson makes Grace find herself for the first time.
Towards the end of this books, connections will start being made. You will start to understand different things that happened during the book and why those things happened. But those connections will also test Jackson and Grace. It will make them rethink what they have together. Is it just a summer fling or is it something real? If it is real love, can it survive the test it is about to be given?
This book will make you cry, laugh, cry some more, and then it will make you think about your life and re-evaluate how you are living your life.
Brittainy C. Cherry wrote an amazing novel. This book will give you the feels. It will touch your core and it will make you a better person.

The Story of Us – Tara Sivec

It was raw and deep and truly amazing.
“To the men and women who have fought for our country:
We see you, we thank you, we remember you, and we will never let you go.”
I don’t even know where to start this book.
This book is heart wrenching and beautiful and breathtaking and amazing.
The story of Eli and Shelby is one of the most heart touching stories I have ever read.
Eli and Shelby fell in love at a young age but were never allowed to be together. Shelby came from a family of wealth and power while Eli came for my family just trying to get by.
When Eli left for the Marines, hearts were broken and lies were told.
What Shelby didn’t realize is that Eli would not come home. Eli would not survive the war.
So when she saw on the news one day that Eli had been rescued after being gone for over five years, her whole world turned upside down.
“I never should have left you. I’ll never stop loving you, even if you hate me for walking away.”
Eli never forgot about Shelby.
Shelby helped him survive his time with the enemy. His memories of her helped him get through each and every day. He knew it would not be easy coming home to her. He knew he broke her heart when he left but he was hoping he would be able to explain to her why he left the way he did.
Eli made promises and told lies to protect Shelby.
Shelby made promises and told lies to protect Eli.
But neither one of them know what the other has done.
With other people pulling the strings, can two people who are so broken find happiness? Can they heal each other or are they too far gone?
So let me tell you…… I cried so many times during this book. I had tears in my eyes before I was finished with the epilogue. That’s how I knew that this book was going to touch my heart.
Eli went through terrible times while he was captured for those five year and Shelby went through her own terrible times while he was away.
And let me tell you, holy plot twist.
Reading their story and seeing all the pain they both went through was heartbreaking. They each went through different challenges during those five years but neither of them knew that they were what was keeping the other one going.
This is honestly one of the best books I have ever read.
Tara did an amazing job telling the story and making you feel what the characters were feeling.
It was raw and deep and truly amazing.

WHAT A BOOK!!!!
This book was way more than I expected.
This book was raw and emotional. It didn’t try to coverup or sugar coat anything.
Tessa is just a normal woman. She keeps to herself most of the time. She doesn’t bother anymore.
After getting out of a short relationship, she feels lost.
One night she is kidnapped by two men. She is taken to a cabin in the woods and held there. Her time there is terrible but luckily she manages to escape.
With the person behind her kidnapping still out there, she doesn’t know who to trust.
When she makes friends with the officer working her case, Officer MacGregor, her life starts to change. She starts to believe in her self more.
She is not the timid, shy girl she used to be. She lost that when she was kidnapped.
But what happens when she gets overwhelmed?
What happens when it gets to much to handle?
Will Tessa be able to handle the pain and the PTSD or will she give into them?
What happens when Tessa decides to take the law into her own hands? Will she survive?
You have to read to find out!
WOW!!!!!
What a story. This is the first time I have read this author and I will defiantly read more of her books.
Tessa lived thought a terrible event. But even when she escaped, the torment wasn’t over. This book shows that even if you look okay on the outside, sometimes the inside is screaming for help. Tessa endures a lot in this book and it takes a toll on her body, both physically and mentally.
There were parts of this book that were hard to read, but without them, the story would not have ben what it is. This is defiantly a 5 star book for me.

Give Me Yesterday – K. Webster

Victoria (Tori) has not had an easy life. Losing her husband and daughter at just 18, she hid her feelings and moved on with life (the best she could) becoming an “Ice Queen”. As a top divorce lawyer, her hard attitude helps her be the best.
Chase is a college professor who also has a help group for people who have lost loved ones. When Tori is ordered to attend the group, Chase is knocked off his feet. This beautiful woman is lost in herself. His goal is to bring back the woman he knows is hiding inside.
They do not have an easy journey. There are tears, yelling, laughing, tears.
But Chase is also battling his own demons.
What happens when their demons cross??
This was an amazing story!! It really touched my heart and showed me its okay to move on in life after a loved one passes away.