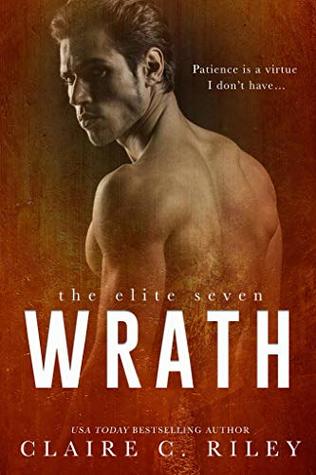 I’m a motherless son to a father who hates me. Fury has lived and breathed in my black heart for so long, it’s a part of my soul now. The only thing that’s ever mattered to me is protecting my twin sister, Sabella, from my father’s temper.

So when the chance to join a secret society presents itself, there’s no question I’ll do whatever it takes to become a member and earn my place in the ranks of only the most Elite.

With a taste for the deviant, I’m drawn to the darkest of desires, and no one ever leaves my bed unscathed.
My task: seduce Patience Noelle, St. Augustine’s sweetheart and the mayor’s beloved daughter—then break her heart.

Sinning is what I live for, and deviance is my passion. Failing has never been an option.

But what happens when my sin becomes my curse—when destroying the only woman I’ve ever wanted is my key to protecting my sister?

Accept your sin wisely, for the tasks given to earn your place are not for the weak…they’re for The Elite.
This isn’t just my chance, it’s my legacy and reckoning.
I am Samuel Gunner.
I am Wrath.

Samuel stole a piece of my heart.

Even though he grew up with privilege, Samuel did not have an easy childhood. His dad hated him, blaming him their his mothers death. This grandparents despised him. He reminded them of his mother, who they believed was not worthy.

The only person who has every loved Samuel was his twin sister Sabelle. And she is the only person he has ever loved. But there is someone from his past he has always cared about. Even though she is now gone, she has never left his mind.

Samuel is a fighter. Underground fighting is his specialty. Fighting is also the reason he has been kicked out of many schools. When his father gets him into a prestigious college, he is torn. He knows this college is connected to the Elite and he wants to join them, but he also doesn’t want to make his father happy by going.

Samuel realizes he needs the Elite to be able to take his father down. That he can’t do it on his own. That he has to play the game to be able to get the prize at the end. What Samuel didn’t realize is that joining the Elite was going to be the hardest thing he has ever done.

What does Samuel have to do? He has to destroy the only other women besides his sister he has ever cared about. But can he do it?

What happens when things get to tough and he realizes he can’t? Will his second option be better? Or will everything turn out worse than he could imagine?

Plus….what happens with one of this Elite “brothers” lets him down and makes everything worse.

I enjoyed Wrath’s book. I felt that Samuel had a good heart even when he tried to hid it but I could also feel his pain. The pain and guilt he carried with himself from such a young age.

This book does contain a scene that could be a trigger for some people towards the end of the book.

Now to Envy….and I think this one is going to be twisted. 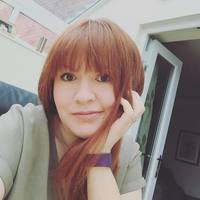 Claire C. Riley is a USA Today and International bestselling author with almost twenty novels of various genres to her credit.

A lover of all things dark and dirty, she likes to write characters you love to hate but can’t help falling in-love with. She isn’t afraid to challenge herself, or her readers, to step outside of their comfort zones.

She also writes under the pen name of Cee Cee Riley, where she writes in the MC romance and post-apocalyptic romance genres.

Claire lives in the United Kingdom with her husband and three daughters where she can be found whiling away her days playing board games with her kids and reading.

She can be stalked at any of the following and always welcomes any questions readers may have.