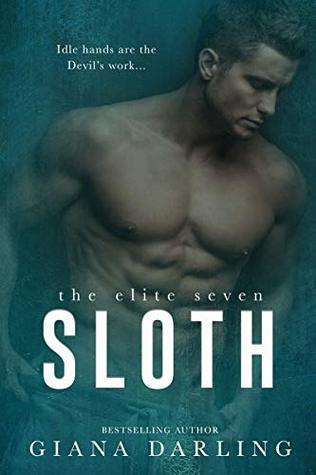 I don’t give a fuck.
Not about money or fame, beauty or power. I’ve had all those things since birth, and trust me, they’re a fucking snooze.
I don’t give a fuck about anyone, not even myself.
Until my father proves evil can exist in the most holy of places.
For the first time ever, something like interest stirs in my soul.
He wants me to enroll at St. Augustine.
Join The Elite.
Court the virginal daughter of Archbishop Savoie.
Prove that I’m worth the family name?
I’ll do it all.
And I’ll do it so well, no one will know what’s coming.
People are so quick to underestimate the wicked and lazy.
They forget idle hands are the best tools for the devil’s work.
I am Rush Dempsey.
I am Sloth.

Rush Dempsey has always known about The Elite Seven. Since he was little, he knew they were powerful. He is convened that they had something to do with his mother death. But how does he prove that? He becomes a member of The Elite Seven.

His father sees him as the “worthless” son. The son that always makes the bad decisions. But Rush is out to prove his father wrong. He is out to take down The Elite and his father and his new Elite brothers are there to help.

When he gets his task from The Elite, he is a bit confused.

But the task doesn’t make since. This task would mess up his father’s Senate campaign. Why would The Elite want to do that?

Isabelle has always been the good little church girl.

Always follows the rules, always listens to her dad, the Archbishop of New Orleans, and always does what God would want her to do.

But her dad was not the godly man he pretended to be. He was mean and violent. Physical and demanding.

When her father has her go on a date with Ward Dempsey, Rush’s father, she know she has no way out of it. It’s all a political game to them and they don’t care who gets hurt in the process.

When Rush finds this out, he knows there is no way he can let that happen. So he decides to claims her as his own. 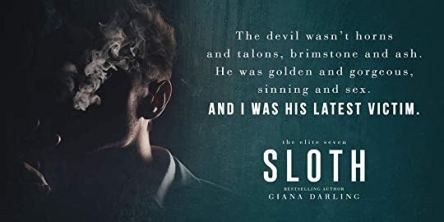 They would be a team and work together to take down The Elite.

What happens when The Elite leaders start to fall? Is there enough evidence to take everyone down or will someone at the top survive?

I really like Rush and Isabelle’s story. I enjoyed their connection and I felt that they had really good character development as the story progressed.

I loved seeing parts of the others books mixed into this one. Seeing different points of view of events that happened.

I am so excited for Greed to see how the story ends.

Giana Darling is a Top 40 Amazon Best Selling Canadian romance writer who specializes in the taboo and angsty side of love and romance. She currently lives in beautiful British Columbia where she spends time riding on the back of her man’s bike, baking pies, and reading snuggled up with her cat Persephone.

She loves to hear from readers so please contact her at gianadarling@gmail.com if you have any questions or comments.
You can also contact Giana’s PA at gianadarlingpa@gmail.com.