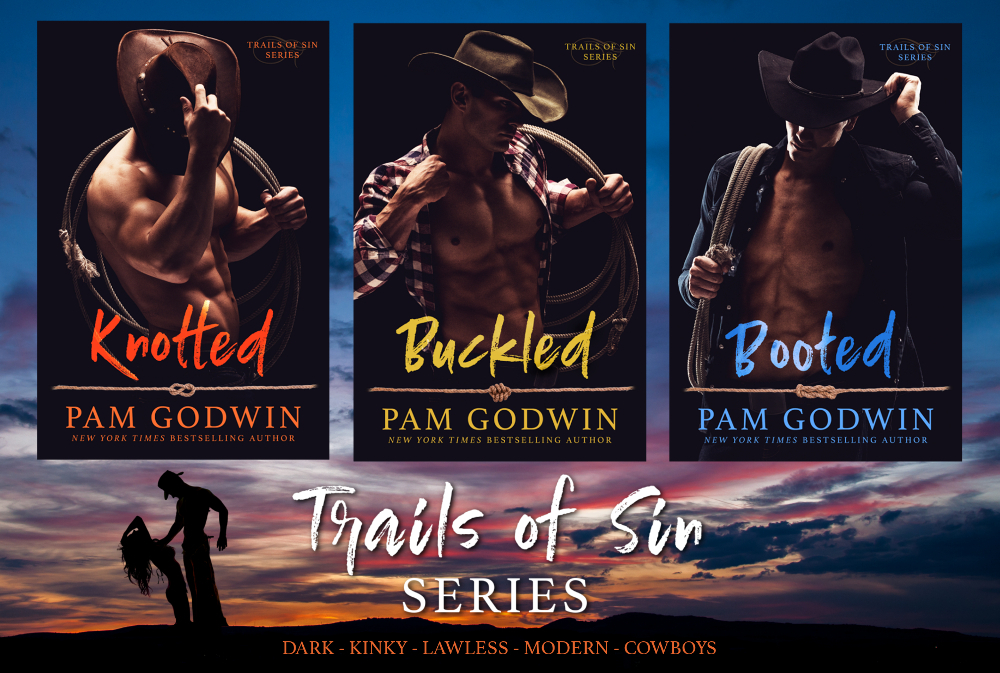 Hot cowboys who fight for what they think is right. Who wouldn’t love that.

This series is dark and twisted at times and does have triggers.

My average rating for this series is: 4.33

I try to forget her.
It’s impossible.

We were sixteen the night she was violently assaulted while I helplessly watched.
I’ll never forget the sounds of her suffering.
Or my inconsolable agony when she left Oklahoma.

Years later, she returns to honor our teenage pact.
Except the boy she loved is gone, replaced by a ruthless cattle rancher knotted with secrets.
She doesn’t know my dark cravings or the trails of sin that lead to her.

I don’t deserve her, but one truth remains.
She’s mine.

There are triggers in this book. You have been warned.
I really enjoyed Jake and Conor’s story. Conor sent though something that no one should have to go through. She was lost and alone and when she needed Jake, he pushed her away.
Jake always blamed himself for what happened to Conor. But when she needed him most, he had to push her away to keep her safe.
What happens when the secrets of the past start to be reviled?
What happens when Conor gets push past her limits?

This book was very well written and I enjoyed the story line.
Jake and Conor are made for each other.

I protect what’s mine.
The ranch, my family, our buried secrets.

Nothing will stop me from reassembling the life that went terribly wrong.
Not the law.
Not our enemies.
Not even Maybe Quinn.

The gorgeous, quarrelsome journalist shouldn’t have meddled.
I shouldn’t have let her stay.
But she’s hiding something in those deceptive blue eyes.
Something deeper than her thirst for a news story.

I make a deal with her to buy time.
To unravel her lies. To play with her. To satisfy my darker appetites.
When she buckles beneath my belt, I’ll send her away.
Unless I buckle first.

Maybe and Jarret have a story built on lies and deceit but also on love and trust.
Maybe shows up in town to find information she needs to complete her “story”. She knows that Jarret and Jake have the answers she needs. What she didn’t expect was that Jarret would sweep in and knock her off her feet.
Jarret wanted nothing to do with Maybe in the beginning. But he know she had information and he needed to know exactly what she knew. So he kept her close. To close. And then he started to want to keep her close.
But what happens when the truth comes out?
What happens when their happiness falls apart?

I really enjoyed Jarret and Maybe’s story. It sucked me in and I didn’t want to put it down.

The night I’m released from prison, she’s in my bed.
It’s been eight years since I touched a woman, and the Native American beauty is half-dressed, beaten, bruised, and devastatingly exquisite.

We’re toxic together, but we want the same things. Blood. Vengeance.
Violent relief in a warm body.

Beneath her touch, I’m alive.
Against her skin, I’m redeemed.
Buried inside her, I forget the past.
Until the past takes her from me.

Prison made me cold, but losing Raina makes me cruel. Ruthless. Unforgiving.
I killed before. For her, I’ll kill again.
I’ll end this once and for all or die in my boots.

TRIGGER WARNING
Raina and Lorne don’t come from sunshine and roses. Each of them has had a hard life.
Raina has spent her life with a mother who didn’t care about her and then taking care of her sister. When she met John she thought everything was going to change. It turns out everything did change, for the worse.
Lorne has just gotten out of prison after serving eight years for murdering a man who was involved with a terrible act that happened to his sister.
Raina and Lorne end up being brought together by his family.
They fight, they argue, they do things on purpose because they hate each other. But the more they were around each other, the more they realize they are the same.
They both have issues to work through. But will they be able to work together through their issues, or will the past come back and destroy everything?
This is the third book in the series and I really enjoyed it. I’m glad that I found this series and I can’t wait to read more from this author. 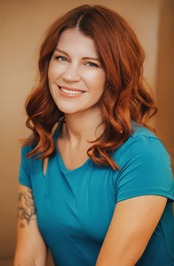 New York Times and USA Today Bestselling author, Pam Godwin, lives in the Midwest with her husband, their two children, and a foulmouthed parrot. When she ran away, she traveled fourteen countries across five continents, attended three universities, and married the vocalist of her favorite rock band.

Java, tobacco, and dark romance novels are her favorite indulgences, and might be considered more unhealthy than her aversion to sleeping, eating meat, and dolls with blinking eyes.

6 thoughts on “Trails of Sin Series”