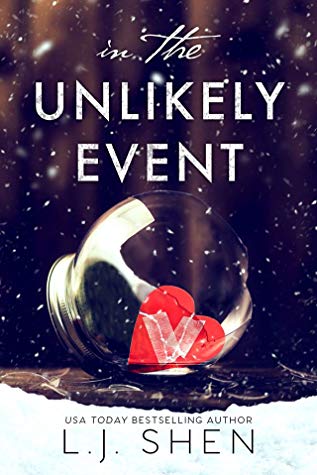 Blurb:
Sometimes you meet people who are out of this world, so you make them a part of yours.

A one-night stand born from vengeance in a foreign land.
An explosive chemistry neither of us could deny.
We signed a contract on the back of a Boar’s Head Pub napkin that said if we ever met again, we would drop everything and be together.
Eight years and thousands of miles later, he’s here.
In New York.
And he’s America’s music obsession.
The intangible Irish poet who brings record executives to their knees.
The blizzard in my perfect, unshaken snow globe.
Last time we spoke, he was a beggar with no intention of becoming a king.
But a king he became, and now I’m his servant.
I’m not the same broken princess Malachy Doherty put back together with his callused hands.
I have a career I love.
A boyfriend I adore.
An apartment, a roommate, a life.
I changed. He changed, too.
But Mal kept the napkin.
Question is, will I keep my word?

I had no idea what I was getting into when I started this book.

Rory wanted to know about her dad. Know about the man that was never in her life but the man who still loved her.

Rory goes to Ireland to see her dad’s grave. To see where he lived. What she never expected was to meet Mal and have her life flipped upside down.

Twenty-four hours was all it took for him to change her world and then she was gone. Back to America. But they made a contract, on the back on a napkin. If they ever saw each other again they would get married and be together.

Rory though that would never happen. What are the chances? They live a world away. But one day, at a work party, it did happen. She saw him. And what was even worse, she was now going to be working with him in Ireland.

But Mal had changed. He was not the sweet guy he used to be. He was mean. Nasty. Hateful. But why?

Throw in a half-sister, a drug using rock-star, a crazy mom and you get one heck of a story.

I love the dual POV. That is my favorite kind of book to read. I also loved that L.J. added little notes from other characters. I think it added more to the book. I mean, we got to see a cow’s thoughts after someone tried to ride him. (It will make sense once you read the book).

Overall this was a really good book and I can’t wait to see what she does next.

L.J. Shen is USA Today and Washington Post bestselling author of contemporary romance books. She lives in California with her husband, son and lazy cat.
When she’s not writing, she enjoys reading a good book with a glass of wine and catching up on her favorite HBO and Netflix shows.

6 thoughts on “In the Unlikely Event”