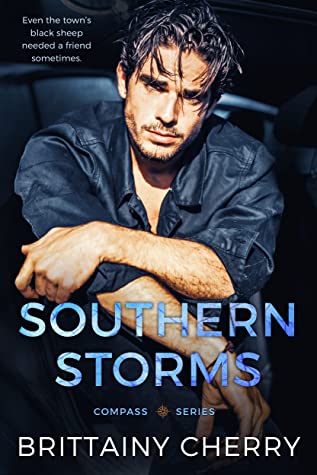 All I wanted to do was run away, I never expected to crash into his arms…

After leaving the city life behind to escape my loveless marriage, I moved to small town Havenbarrow for a fresh start.

What I didn’t expect was to find myself drawn to the town’s black sheep.

They called him troubled. Cold. A man with a dark past.

What everyone seemed to miss about Jax was the splashes of light in his eyes. The random acts of kindness he performed when no one was watching. The way he made me smile and laugh.

Jax helped unpack the baggage I’d been carrying around with me. He was patient with my pain and gentle with my scars. He was the stillness during my hurricane.

Yet when both of our pasts came back to haunt our present days, we realized quickly that sometimes love stories didn’t end the way we’d hoped.

Sometimes you were left with only the damage from the storm.

Jax and Kennedy. Sun and Moon. Brightness and darkness.

Jax and Kennedy meet at summer camp when they are young. After spending two summers together, they become best friends. Inseparable. But one day, Jax stops writing. And everything changes.

Year later, Jax and Kennedy run into each other again. But they are now completely different people.

Jax is now a man. But a sad, mean, scary man. The town asshole. Jax has been though a lot since camp was over. He did something terrible. Something he has trouble living with.

Kennedy is leaving a broken marriage. A marriage that was never strong but became worse after her daughter died.

As the book goes you go back in time to camp to different moments that connected Jax and Kennedy.

Then you get the PLOT TWIST!!!!!! Never saw that coming!!

This book give reminds me of The Notebook in some ways. It defiantly has its own story, just some resemblance.

Jax and Kennedy show you that you can live though tragedy. That you can survive. Is it easy? No. Can it be done? Yes.

Everyone handles tragedies different. Some shut down. Some get mean. Some have anxiety. Everyone is different.

My only compliant is that I would have liked to have a little more interaction between Kennedy and her ex-husband. 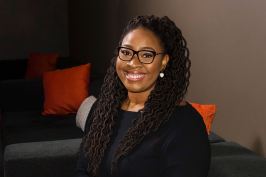 Brittainy Cherry has been in love with words since the day she took her first breath. She graduated from Carroll University with a Bachelors Degree in Theatre Arts and a minor in Creative Writing. She loves to take part in writing screenplays, acting, and dancing–poorly of course. Coffee, chai tea, and wine are three things that she thinks every person should partake in! Brittainy lives in Milwaukee, Wisconsin with her family. When she’s not running a million errands and crafting stories, she’s probably playing with her adorable pets.