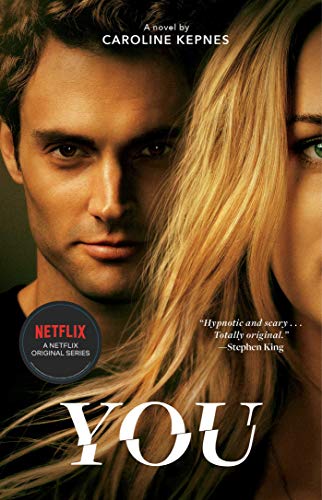 When a beautiful, aspiring writer strides into the East Village bookstore where Joe Goldberg works, he does what anyone would do: he Googles the name on her credit card.

There is only one Guinevere Beck in New York City. She has a public Facebook account and Tweets incessantly, telling Joe everything he needs to know: she is simply Beck to her friends, she went to Brown University, she lives on Bank Street, and she’ll be at a bar in Brooklyn tonight—the perfect place for a “chance” meeting.

As Joe invisibly and obsessively takes control of Beck’s life, he orchestrates a series of events to ensure Beck finds herself in his waiting arms. Moving from stalker to boyfriend, Joe transforms himself into Beck’s perfect man, all while quietly removing the obstacles that stand in their way—even if it means murder.

Thoughts as I was Reading:

First line and I can tell this is gonna be creepy.

Does she not realize people can see in her window.

So he has been a stalker before.

Glad he saved her. But wow… the stalker in him is strong.

Why is there a cage?

I know he was gonna do something like this.

They are just words.

He is totally crazy.

I know he would kill him.

Something is gonna happen in the woods.

This isn’t gonna be good.

This could be bad.

What in the world is he gonna do now?

He’s so over analyzing this.

He’s gonna have to kill again.

I knew he was gonna flip his shit.

What is gonna happen?

So is he mad or not?

Is she losing her mind?

I knew she would be back.

“YOU walk into the bookstore and you keep your hand on the door to make sure it doesn’t slam.”

Joe talks to Beck like this throughout the entire book.

This took some time to get used to but once I did, I think it added to the story.

Joe Goldberg is a bookstore owner. When Guinevere Beck steps into his bookstore, she has no idea that she just gained a stalker.

Three months ago, before you knew me you wrote this tweet: Can we all be honest and admit we know #eecummings because of #Hannahandhersisters? Okay phew. #nomoreBS #endofpretension. See how you were talking to me before you even knew me?

Joe believes she loves him, even before she knew who he really was. He thinks that everything she does, even when she is at home, is for him. He thinks she is giving him signs that she wants him.

Eventually they do start a relationship but it is not a very healthy one. Beck has secrets and Joe does whatever he need to do to figure them out. And I mean WHATEVER he needs to do. 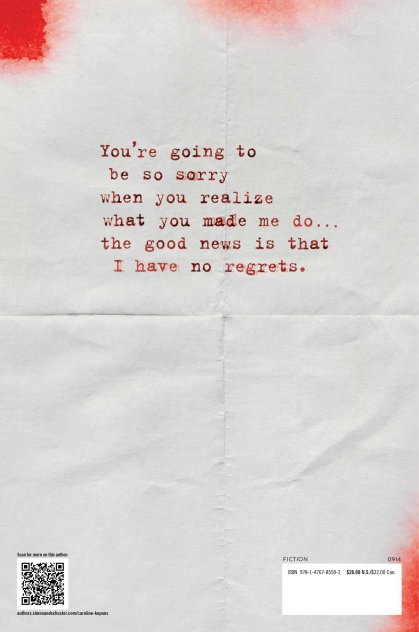 Throw in some side characters: best-friends, ex’s, doctors, parents and you have a disaster in the making. Why? Because Joe is possessive and will do whatever he needs to do to make sure he is the main person in your life.

This book was a book that took me a few days to read. I usually speed through books but this one took me longer. Why? I’m not sure. I liked the book. I felt the writing, although different, was still very good. I just ended up putting the book down a lot and picking it up later on in the day.

Overall though, this was a good read. I’ve been wanting to read it for years now and just never picked it up. I am glad that I did.

If you like thriller, stalkers, not knowing what is going to happen next, then you will like this book.

I’ve also been told that the audio to this book is AMAZING (I’m not an audio fan but I have friends that are).

Wrote this as I watched the series

The first thing I realized when I started watching the show was that the words weren’t the same. Of course when books are made into shows, the words change. I just hope some of the main quotes are in the show. 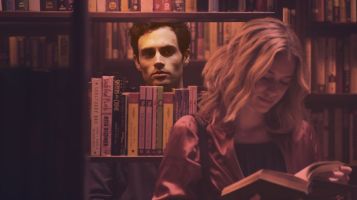 They have add new characters to the show that are not in the book. Not sure what I think about that. But I like the little boy so far.

Some of the stories have changed a bit. Some different things happen in the show than in the book. 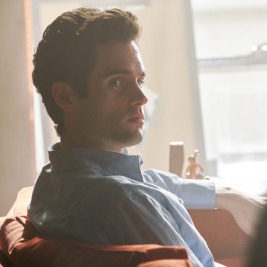 Joe’s character is just as creepy as he is in the book. I think they casted it extremely well.

I love the little kid they added. He brings a new energy. He shows a different kind of Joe. 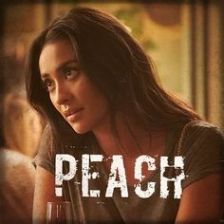 Some important parts of the book (in what would be episode 6) were left out of the show.

For the shrink, Dr. Nicky, they casted John Stamos. I think that is a really good casting.

Karen is someone new. She adds something new to the show but I don’t know what I think about her.

The mouse in the house theory. I am so glad that that added that into the show. I was worried they wouldn’t.

So glad the therapist came back into the show. (episode 9) But HOLY craziness that came from it.

Now now is when it gets good. She finds the box.

At least the ending is the same to a point like it is in the book. There are a few differences, but I am okay with that.

And there is defiantly going to be a season two. What an ending!

I liked the series. I know they changed some of the storyline for “dramatic” effect but it’s television and that happens. I think that overall, they kept pretty close to the actual story. That they used the stories from the book and expanded on them.

Season 2 – Written a few months after I watched Season 2

I have not read the second book, but I have read that the second season does not follow the book so that is why I went ahead and watched it.

After the death of Beck, Joe decides to move across the country to Los Angeles. A new start and a new name, Will. 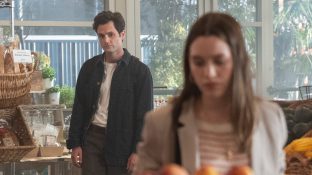 Joe is trying to be a better name…but old habits die hard. First, to get his new identify, he has to take someone else’s. He chooses Will Bettelheim, a hacker, and the real Will ends up in “the box”. But Joe picked the wrong person to steal their identify, especially when that person owns money to someone and they will do whatever it takes to get their money.

Will gets a job in the book cafe/family-owned grocery store, Anavrin. This is where meets Quinn Love. Something about her sucks him in. But her brother, Forty, is an issue. He has issue with attachment and always wants to be the center of attention. Joe knows something needs to change with Forty for him to be able to get closer to Love

A few other new people in this season are Ellie and her sister Delilah. Delilah owns the apartment building Joe is living in. Ellie is 15 and hoping to make it int he film industry. But she as aligned herself with some not so great people. For some reason, Joe feels like he needs to protect her. Ellie’s older sister Delilah, a reporter, tells Joe that she was drugged and raped at age 17 by the well-known comedian Henderson. This is the same person that Ellie is know hanging out with and Joe knows he needs to do something about it. 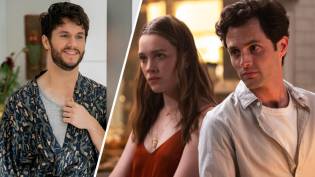 Joe is having to balance multiple different things at one. Tryin to resist his attraction to Love, trying to keep Ellie safe, trying to befriend Forty to try and get closer to Love, trying to take down Henderson….but what he never thought was someone from his past would show back up. Candace.

Of course there is murder. I mean, can Joe go without murdering someone? But there is a plot twist like no other. Joe is not the only one who has murdered someone or will murder someone.

We find out that Forty is absolutely crazy, Love is hiding secrets, Candace is out for revenge, Delilah knows to much, Ellie doesn’t know what to do, and Joe is still crazy. 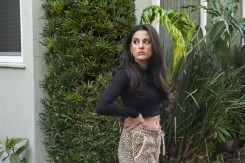 Without giving all the spoilers away, Joe and Love will end up together and moving to a new neighborhood. But then Joe see his new neighbor thought the fence and now we wonder, will the cycle start again?

I am SOOOO read for season 3!!!! I need to see what happens next.

Caroline Kepnes is the author of You and Hidden Bodies. She splits her time between Los Angeles, California and Cape Cod, Massachusetts.

She would love to hear from you over on Facebook.